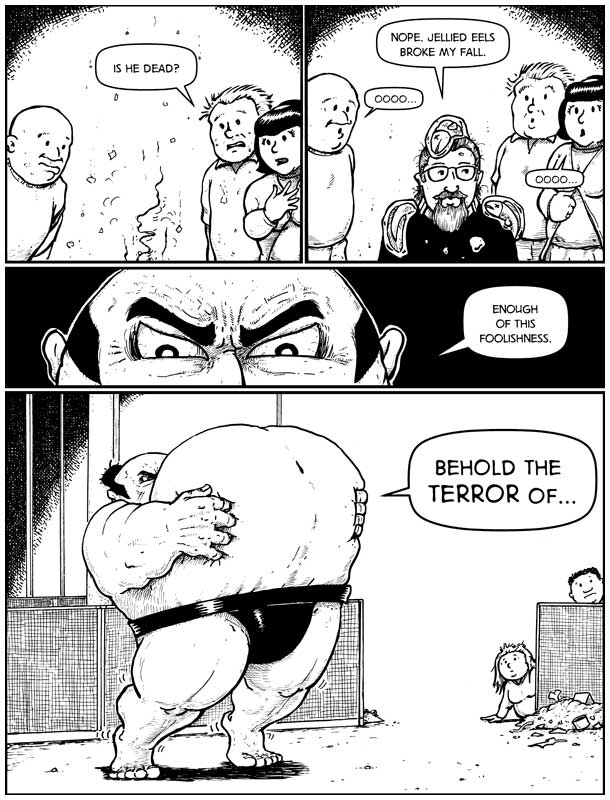 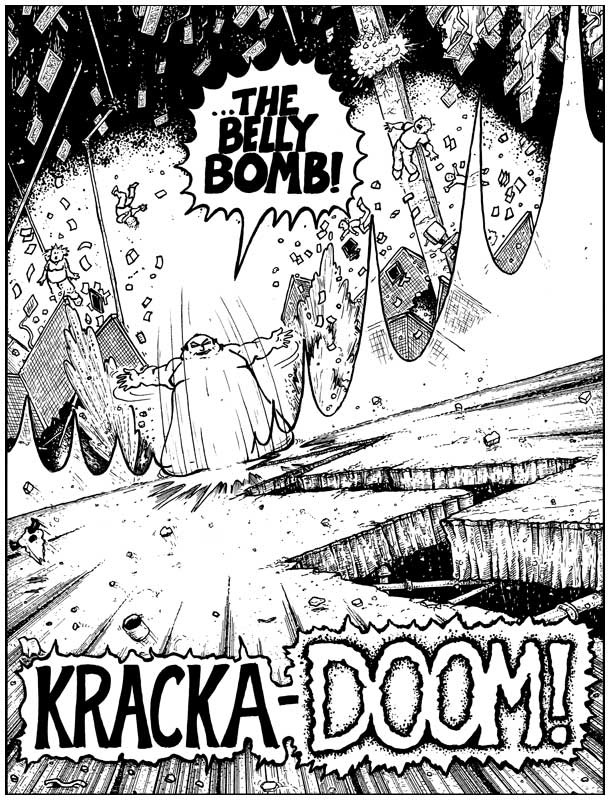 You remember the jellied eels right? Phil brought them for food day and that was what was flying through the air in the last panel of page 20. Apparently the staff would rather cannibalize the security guards than eat a jellied eel so there were plenty left over. Not sure I blame them. I mean, I love me some unagi rolls but gelatin grosses me out.

These pages took a little longer than I had hoped but I still managed to get two done in less than two weeks so that is progress I think. Also made a couple very subtle changes to how I approach the art that I’m quite pleased with.

I did another guest comic which allegedly goes live sometime next week so keep an eye on twitter for that (I’ll post a link once I have one). Stay safe and I will see you soon!